Since its launch 40 years ago, The Weather Channel television network, as operated by a subsidiary of Allen Media Group, has become the top-rated and most widely distributed weather network in America. The Weather Channel television network is the leader in severe weather coverage, providing the most comprehensive analysis of any media outlet and serving as the nation’s only 24-hour source of national storm coverage.

In addition to managing over 700 nationwide cable television distribution partnerships, The Weather Channel
television network and Allen Media have launched a diverse mix of OTT offerings and expanded global reach. Among its most recent developments are a direct-to-consumer (DTC) subscription service, and Spanish language content for U.S., Latin America, and Caribbean Spanish-speaking audiences. 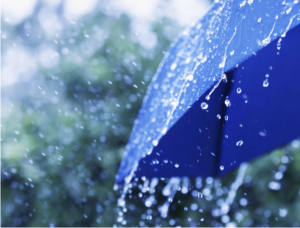 Bill didn’t react to these changes in business model of The Weather Channel television network; he prepared for them. With licensing agreements and revenue streams growing in number and complexity, he realized the potential for stressing existing resources and legacy software systems. “We knew we needed to reassess our vendors and retool the operation to gain the efficiencies we felt possible,” Bill says.

Bill and his team worked closely with Localization Technology and Broadcast Operations teams throughout the process. The first step was to assess the technologies, processes, and bottlenecks; and then identify opportunities for improvement.

Cross-functional stakeholders agreed that upgrading from the then current on-premise system to cloud-based automation software was the best way to achieve its business goals, provide enhanced cyber security, immediately improve efficiency, and build a foundation for future growth

Next, the teams prioritized three capabilities required of the solution of choice in order to fully optimize revenue operations.

But software features were only part of the solution envisioned. Every team involved in the process wanted a vendor they could trust as a long-term strategic partner in navigating the future and inevitable industry disruption. Innovation, support, and responsiveness were non-negotiable.

With clear goals and all available options thoroughly evaluated, it was time to make the leap.

The Weather Channel television network selected SymphonyAI Media as its partner in designing and deploying a state of-the-art revenue solution, which was built on the cloud-based Revedia revenue management platform.

Revedia’s powerful workflow automation enables The Weather Channel television network to work at full speed.
Previously disjointed manual workflows, which are required to process data for the network’s 60 million+ subscribers in more than 200 markets, are now unified on a single platform. Revedia’s robust logic can handle the complex suite rates of The Weather Channel television network and tasks such as payment application can more easily scale with evolving revenue models.

For SymphonyAI Media, the success, comfort, and confidence of Bill and the teams were paramount. To ensure that The Weather Channel television network derived the greatest value from its partnership, SymphonyAI Media experts managed implementation, data migration, training, and onboarding end-to-end.

Bill’s foresight paid off. His proactive approach to modernizing operations, and the unwavering commitment to efficiency of the teams, have positioned The Weather Channel television network to easily adapt to its expanding broadcast and OTT footprints.

“I found the Revedia software user-friendly with various features that enable us to perform our tasks more efficiently and accurately. One of my personal favorites is the Import Tool. It allows you to process multiple contracts at once, and the import takes approximately one minute from the time I hit import for the subscribers to be updated. This has reduced the subscriber import process time by 90%.”

“Having a global system has eliminated the need for yearly internal upgrades. This has removed weeks of manual testing, missing out on essential enhancements to the software. SymphonyAI Media has made the upgrades seamless by making all changes behind the scenes. Consistency of MVPD and system names has eliminated the human error aspect. Having a master database ensures the correct DMA’s.”

“SymphonyAI Media has been an outstanding partner to work with,” says Bill.

Bill looks ahead to the future of The Weather Channel television network with confidence in his partnership with SymphonyAI Media. His outlook is based on three data points.

“They listen. They understand. They deliver.”